Azool has 19 years of professional and educational experience. He has appeared successfully before all levels of court, including the Supreme Court of Canada.

Azool is an extremely active member of the legal profession. She has served on the board of directors of several legal associations, in addition to volunteering in the community and with Access Pro Bono. Azool previously served as President of the Trial Lawyers Association of BC and currently sits on the Board of Governors. He is regularly invited to speak at continuing legal education seminars.

When not on trial, he uses mediation to resolve his clients’ disputes. Azool is an accredited mediator with the Centre for Effective Dispute Resolution in the United Kingdom and with the Law Society of British Columbia and frequently intervenes in cases before the Ismaili Conciliation and Arbitration Board for British Columbia. Azool speaks four languages, including English, French, Spanish and Kaachi. 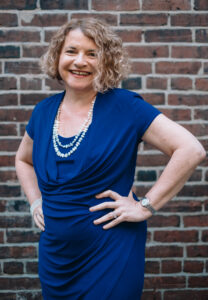 Originally from Lyon, France, Sylvie ALLOUCHE lived in Shanghai for 5 years before arriving in Vancouver on the North Shore in August 2010.

Self-entrepreneur since 2001 (in Life Coaching NLP-Hypnosis), she knows the business world well also for having worked there for 11 years as a Sales Manager in the service (finance software packages, sales training).

Sylvie now accompanies individuals (70% French speaking) towards more success and well-being during individual sessions or personal development workshops. She is also often solicited to lead workshops for French-speaking organizations such as SDE or RFCB.

Very involved in the Francophonie, she opened Réseau-Femmes North Shore in 2016 and was elected Volunteer of the Year at Réseau-Femmes Colombie-Britannique in 2016. Sylvie was recognized by the Board of Directors of CSW Vancouver at the Palme Bleue Gala in 2017 and wishes to develop even more synergy between members 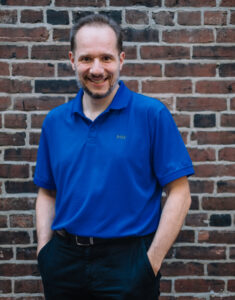 Gaetan Mourmant arrived in Vancouver in 2004 after a six-month journey and was immediately attracted to the city. He became a digital nomad thanks to the advent of the Internet and the development of his online business. In 2009, he supported his PhD and his online business allowed him to finance it from A to Z.

The creation of XLerateur goes back to 2004 and starts from the observation that Excel is an essential tool. Often under-exploited, the goal was to accelerate the use of Excel by offering free tips and tricks, online and face-to-face training in Vancouver, and computer development adapted to needs, or via tools that can be downloaded or sold on the site. 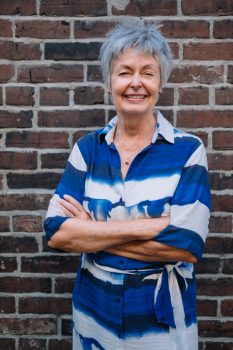 A landscape architect by trade, Louise moved to Vancouver in 1979. After a visit to the Granville Island Market, Louise and her partner opened a Boucherie Française, followed by “La Baguette & l’Échalote”, Boulangerie et Pâtisserie Française, and Catering Services; a restaurant “Le Soufflé” followed in 1983 and a wholesale manufacturing plant supplying restaurants, hotels, cafés and delicatessens. Louise sells her business in 2017.

Now retired, Louise is dedicated to helping business owners by bringing them together to work on their challenges and providing them with the tools to find practical and real solutions. All key areas of activity are covered: leadership, management, marketing, finance, operations and sales. 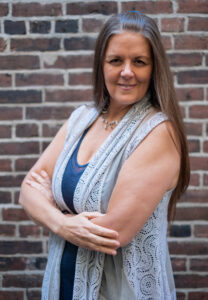 Arriving in Vancouver in the fall of 1996, Denise Belisle is originally from Montreal. She is a passionate woman and has many areas of interest. From mechanical engineering, computer animation, massage and Reiki, to wellness coaching, she likes to be at the service of people and make their lives easier.

She is now an independent LegalShield Partner, a global provider of legal plans for individuals, families and small businesses. 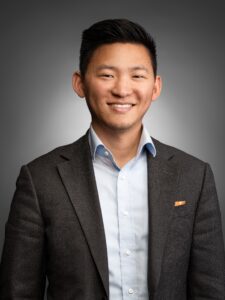 Born in Mauritius, Wilfred grew up with a passion for sports, the beach and making new friends around the world. He moved to Vancouver in 2010 tu study at SFU and then obtained his real estate license at UBC.

He is the co-founder of Bonjour Digital and also helps people sell their property, find their dream home or a property to invest in.

When he’s not working, you can find Wilfred playing tennis/golf, at the beach/the mountains, or chilling out at home with a good board game. 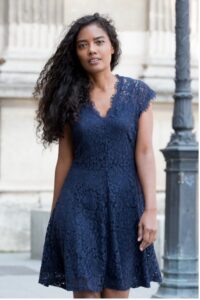 Sandrine is originally from French Guiana. After studying law and management in France, she lived for several years in Mayotte, before moving to Vancouver in 2018 with her family. A French lawyer with a master’s degree in business law from the University of Angers and an MBA from the University of La Réunion, Sandrine obtained with honors her license with the College of Immigration and Citizenship Consultants as well as all federal and Quebec certifications for her trade.

Sandrine has over 20 years of professional experience in the legal industry. She is the founder of Cerise Immigration Consulting Inc., a Canadian immigration consulting firm based in Vancouver and Montreal, specializing in economic and Francophone immigration. She is competent across Canada, including in Quebec.

Sandrine also represents immigrants who wish to appeal to the immigration administrative courts. She helps immigrants to obtain their visas and permits, permanent residence and Canadian citizenship. She also helps Canadian companies to recruit internationally given the complexity of the immigration system in Canada.

© Copyright 2022 Francophone Chamber of Commerce of Vancouver – All rights reserved